The model is finished.

It was delivered to Menokin this morning by Alex Jacobson and Carmine D’Alessandro, the Harvard Graduate School of Design students, who constructed it under the supervision of Jorge Silvetti. They drove it down, under the cover of darkness, from Boston arriving late last night in Tappahannock.

Here is a sneak peak. But you’ll have to wait until next week to see the model. Why? Because I’m mean. And I want you to salivate! 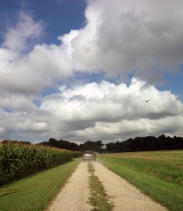 Heading down the Menokin lane toward the Visitor’s Center.

Carmine peaks under the wrapping to make sure the model survived the trip unscathed. 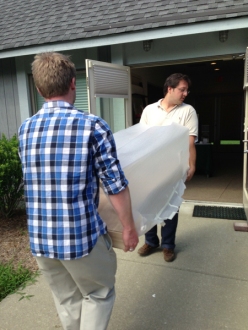 All 200+ pounds of model are hefted into the visitor’s center. 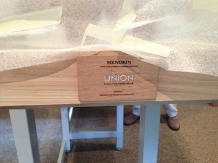 Thanks again to Union First Market Bank for making all of this possible!