Yesterday was the 248th anniversary of the signing of the Leedstown Resolves. This courageous protestation of the Stamp Act eventually led to the drafting of the Declaration of Independence and the American Revolution.

In colonial days, Leedstown was not only a place for commerce. General George Washington often visited Leedstown. There was a ferry across the river Laytons, on the south side of the river in Essex County (it operated until about 1927 when the Downings Bridge to Tappahannock opened). Following the Revolutionary War shipping at Leedstown began to decline as many planters moved west into the Kentucky and Ohio territories.

Late in the 19th century, Leedstown had a slight revival steaming from visits of the Rappahannock River Steamboat Line.

Both Francis Lightfoot Lee (of Menokin) and Richard Henry Lee signed the Leedstown Resolves. The Northern Neck of Virginia Historical Society hosts an annual event commemorating this important day in American History. For the second year in a row, this event was held at the visitor’s center of The Menokin Foundation. A standing-room-only crowd of over 60 people gathered to listen to the history of the event. They were also treated to a Color Guard presentation by local Colonial reenactors.

We thank the NNVHS for including Menokin in this celebration. 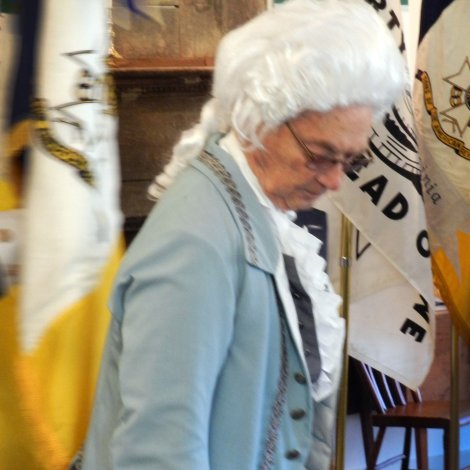 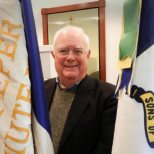 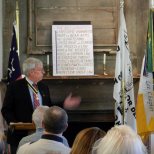 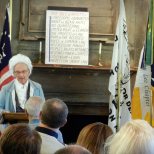 One thought on “Menokin, the Color Guard and the Founders of the American Revolution”