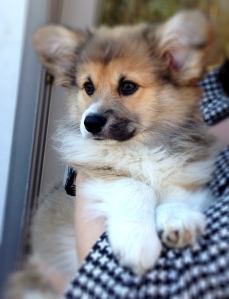 Meet Luya. She is Menokin’s newest, youngest, and arguably the cutest member of the Canine Corps.

Luya came to meet the Menokin Staff this week and to check the place out.

First stop was an introduction to Lightfoot, Charter Member of the Menokin Canine Corps and current CEO (Canine Energy Organizer). 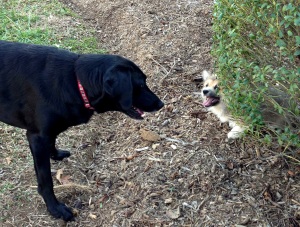 Luya decided the best way to introduce herself would be by using the “ambush”
method. 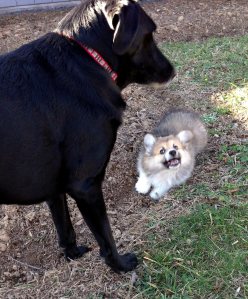 While effective in getting the job done quickly, there was a slight adjustment period while Lightfoot regained his composure.

After completing the official “Sniff and Circle” and “Pat Down” regimens, Lightfoot gave Luya the green light on her membership. 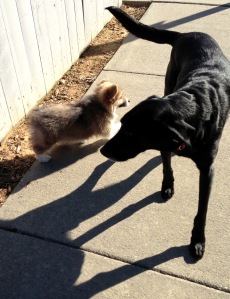 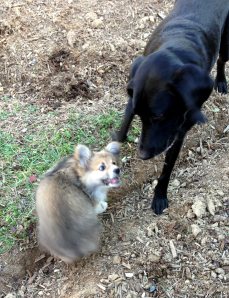 Meanwhile, big sisters Ruffin and Scout watched anxiously to see how the initiation was going. 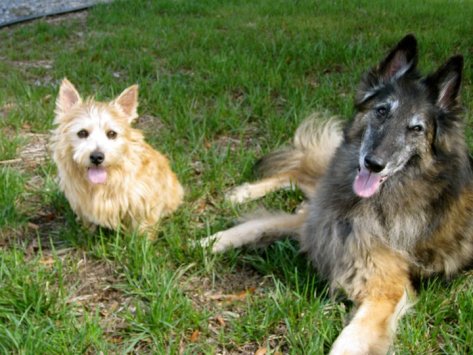 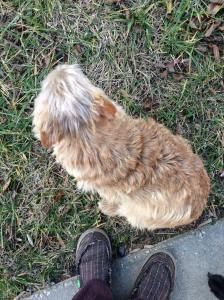 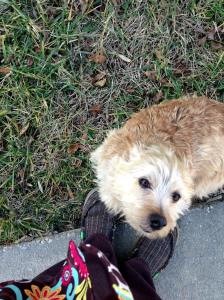 Ruffin experienced a few moments of insecurity during the whole proceedings. Menokin is Ruffin’s spiritual home, and the idea of being unseated by her fluffy little sister was unfathomable. After being reassured that she is still cutest and best loved, she regained her smile and welcomed Luya into the club.

Menokin is very dog friendly, so if you’re looking for a treat and a place to romp, please come for a visit. To meet the other members of the Menokin Canine Corps, visit us on Facebook. Wag your tail and “like” us while you’re there.